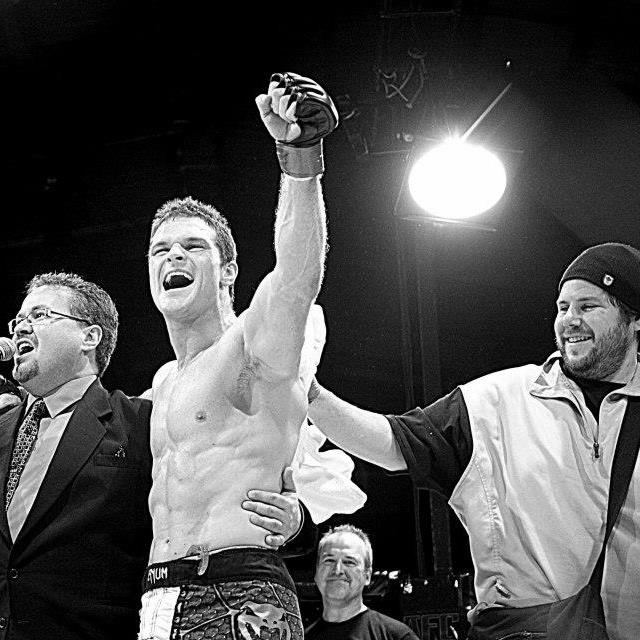 Without a doubt, Dave is Vancouver’s most popular MMA fighter. He has racked up an impressive MMA resume in a very, very short time.

He is currently 6-2 as a pro, having most recently defeated Matt Baker via triangle choke at the World Series of Fighting 7 broadcast live on NBC. He has fought some VERY tough fighters along the way, including UFC veteran Kalib Starnes.

Growing up, Dave was always into contact sports; hockey, Rugby, and thought about fighting for a long time. In 2009, he realized it was now or never, and decided to pull the trigger. Studying Jeet-Kune Do and BJJ has taught him that there is always a lot to learn about martial arts and about himself.

Since Dave was a relatively late bloomer in the sport, he fights to challenge himself, and for self-expression. According to Dave; “The harder the fight or the challenge, the sweeter the victory”.

He loves competing and putting on a great show for his fans, and he never holds back and always aims to finish his fights. 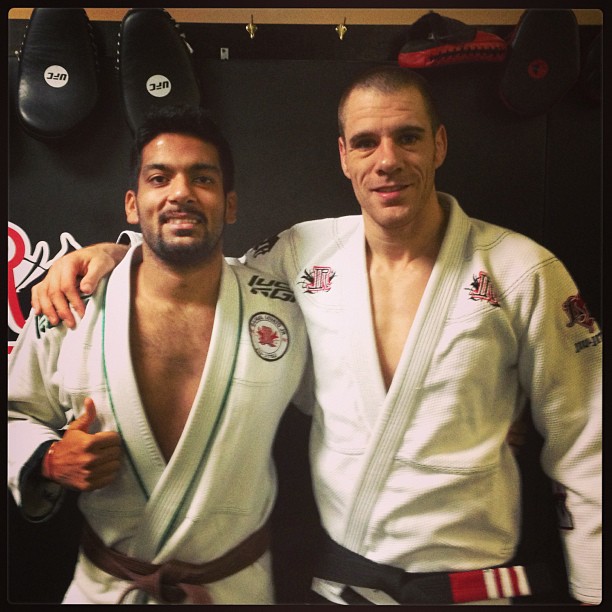 Kabir is a Black Belt under American World Champion Rafael Lovato Jr., who started his training in 2006. He is currently the #1 ranked Medium Heavy Brown Belt in the CBJJF Competition League, #2 in Absolute.

He is also the head Coach for Kaboom BJJ Kids & Adults competition team – his adult team was part of Team Ribeiro Canada which just won CBJJF Provincials with 104 team points. Kid’s team is one of the top ones in province, taking 2nd and 3rd overall this year at Katana BJJ competitions.

Kabir is one of the most active competitors in the Greater Vancouver area, having recently competed at the Houston Open where he won silver, and winning gold at our local Katana tournament. His 2014 plans also include competing at both the gi and no-gi Worlds. 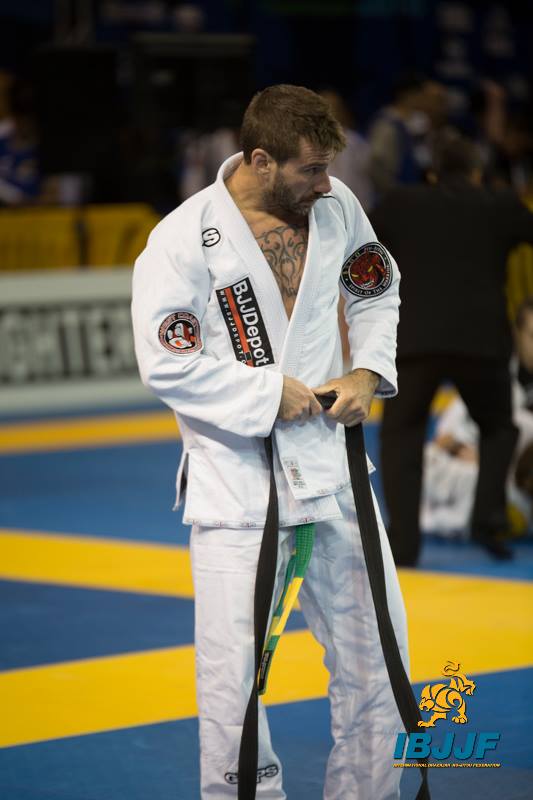 He also has submission grappling titles in The North American Grappling Association NAGA Championship Silver and Bronze in the Experts Division. Scott is a BJJ Brown belt under Don Whitefield of West Coast Jiu-Jitsu. 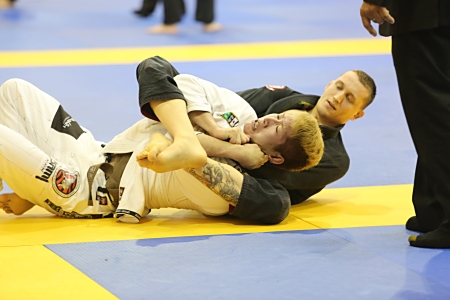 Jason began training BJJ in the fall of 2007, just before his 21st birthday. After about 2 months or so of getting his butt kicked all across the mat, he fell in love with the sport.

Over the years Jason had the opportunity to travel, train, and compete all over the world and considers himself blessed to have now found a home training under Rubens “Cobrinha” Charles Maciel (8 x World Champion gi/no-gi).

When not travelling to compete or train in Los Angeles with Cobra, he can be found at his Academy – Genesis Martial Arts and Fitness, in Abbotsford B.C.

Jason considers himself truly blessed to get to teach the sport to my many friends and students at home, while getting to see the world and compete. Outside of BJJ he lives with his beautiful wife, their 2 dogs, and 1 cat.

Jason’s Goal is to win a World Title in IBJJF and CBJJF Competition. He is training on average 6 hours a day, 6 -7 day’s a week to achieve this goal.

A few of Jason’s highlights; 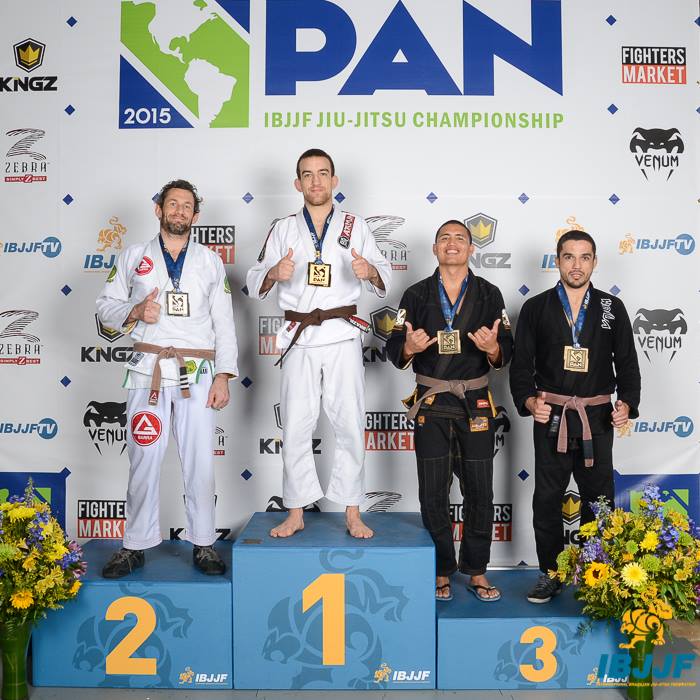 Walter Buse is an active competitor, and a highly dedicated student and teacher of Brazilian Jiu Jitsu. He was introduced to grappling in 1997 at the age of 13 through the Vancouver College wrestling program.

Walter started BJJ in 2005 and has been training regularly ever since. In 2008 Walter began training Muay Thai with Master Song of Muay Thai Kai Sing Song. In 2009 he went for a 5 month full time training trip to Thailand where he competed in Muay Thai while continuing his BJJ studies.

After completing a Bachelor of Commerce at UBC, he decided to dedicate his life to BJJ with the intention of opening a gym. After consulting with his coaches (Jeff Meszaros and Marc Marins), he decided, in July of 2012, to spend 7 months training at the best BJJ academy in the world, Alliance Sao Paulo, under the tutelage of “the General” Professor Fabio Gurgel. Walter trained and competed along-side the Alliance team for the duration of his time in Brazil.

Now heading up East Vancouver’s Brazilian Jiu-Jitsu team, Walter’s goal as a coach is to form the most competitive BJJ team in the country.

On May 1 2014, East Van BJJ will be moving into a 2100sqft, ground level location in the heart of East Vancouver. 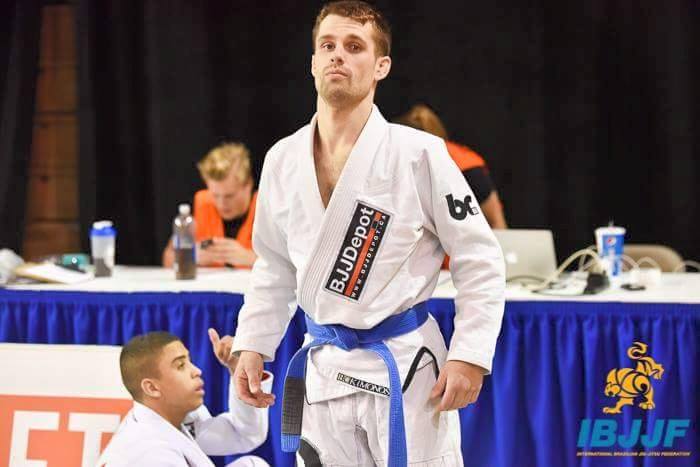 Clint Cooper, of Campbell River, BC, has joined our team of all-stars. Born and raised on Vancouver Island, at only 24 years of age he has been blitzing the local BJJ circuit over the past couple years. Amazing to look at his list of tournament wins considering he only began training in February 2012. He is currently a blue belt, and works full time as a journeyman red seal carpenter in his spare time

We are very excited to be a part of his career and to support the Canadian BJJ community. 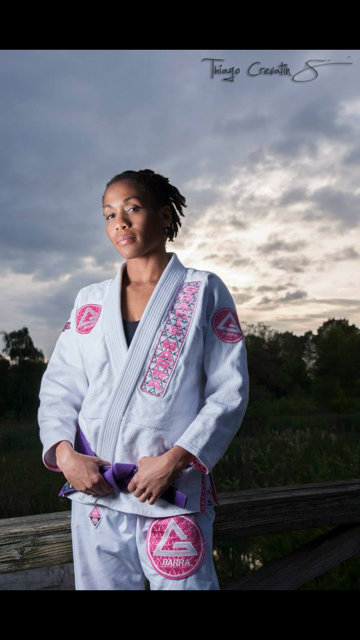 Jonette Anica Simon is a dedicated competitor who sees Brazilian Jiu-Jitsu as a positive way of life to build self-confidence, love and respect, and to develop a community from the ground up. Anica began BJJ in 2010 and is currently a purple belt. At Gracie Barra Vancouver, Anica is Coach of the children’s program.

Anica was born the 21st of February, 1980, in Trinidad and Tobago, grew up in Grenada, where she was raised by her grandmother, and now resides in Vancouver, British Columbia, Canada. Inspired by her mother, she took up African dance with Kokoma African Dance Heritage Ensemble for ten years, based out of Vancouver, and was lead vocalist with the Caribbean band Maffie & Crew for ten years. Her dance instructor, Maobong Oku, noting her enthusiasm and drive, called Anica a ‘warrior’ and a born fighter facing spiritual, emotional and physical battles. Encouraged by her words, Anica decided to begin a journey into MMA and the BJJ lifestyle. Strong women have featured prominently in Anica’s development, including her mother and grandmother, and she strives to be a strong role model for her friends and family, including her three young children.

In 2001, Anica completed a certificate in Costmetology/Esthetics at Dejavue International School of Cosmetology in Vancouver. Her line of healing balms, Anica’s Caribbean Healing Balm, fulfill her goal to support athletes to become true champions, in body, mind and spirit. 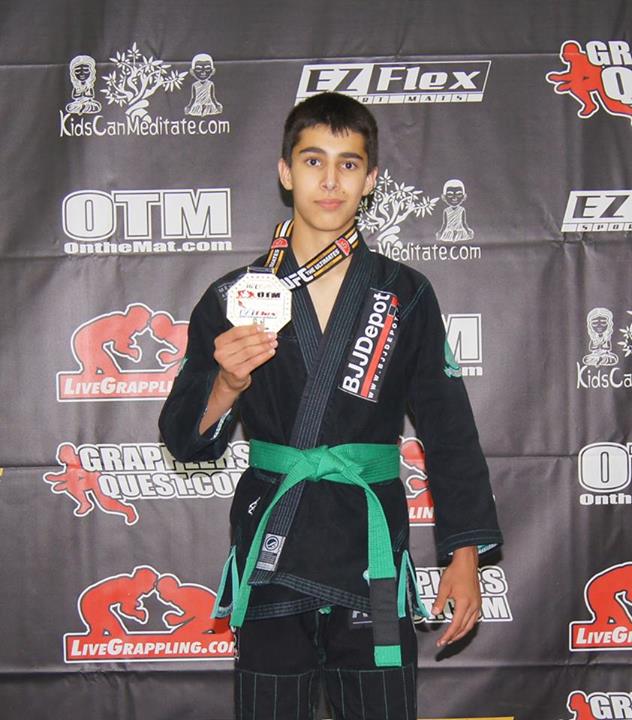 Liam is an outstanding and dedicated teen Brazilian Jiu-Jitsu athlete from Kamloops, BC. He is one of the most active competitors to come out of Western Canada.

He is known as a fierce competitor and more importantly, a great sportsman. Liam has been on a Gi & No-Gi tear across North America as well as internationally lately.  His medal count since the beginning of 2013 & to date in 2014 (17 months) alone is 36 Gold, 4 Silver, 2 Bronze medals. He regularly competes in Judo and Wrestling competitions as well, proving that he is a very well rounded fighter.

Liam has trained with the likes of Rafa & Giu Mendes at the Art of Jiu Jitsu in Costa Mesa California.  He has also trained at seminars with Caio Terra and Saulo Ribeiro.  His summer itinerary will include training at Art of Jiu Jitsu during the month of July while attending the California BJJ Competition scene.

Matt Kwan is a Brown belt under Professor Robert Biernacki of Island Top Team Nanaimo, who is a first degree Black belt under the legendary Caio Terra.

He is the owner and head instructor of On Guard Brazilian Jiu Jitsu in Pitt Meadows BC. With almost a decade of experience, Matt is one of the most active grapplers in the Vancouver BJJ scene today, competing internationally both with and without the Gi.

He is known for having a well-rounded exciting style, and is always looking to finish his opponents. In his spare time he is a family man, and loves history and music. He is also a red seal chef.